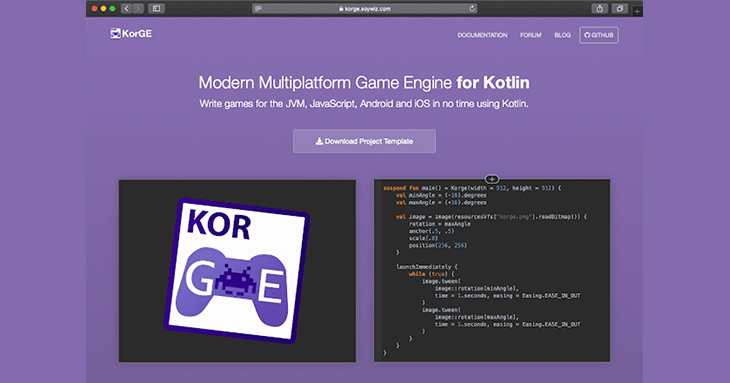 After two years of development, I have finally released the first version of KorGE, a Modern Multiplatform Game Engine fully written in Kotlin.It can produce small native applications, and allows to write the games in Kotlin Common. It provides a gradle plugin with tasks to target to JVM, JS Browser and Cordova, Native Desktop, Native Android and Native iOS.

Tutorials will be available soon.Along KorGE I have released a set of multiplatform independent libraries that are used by KorGE, but that you can use independently in your Kotlin Common projects or in any supported Kotlin target: