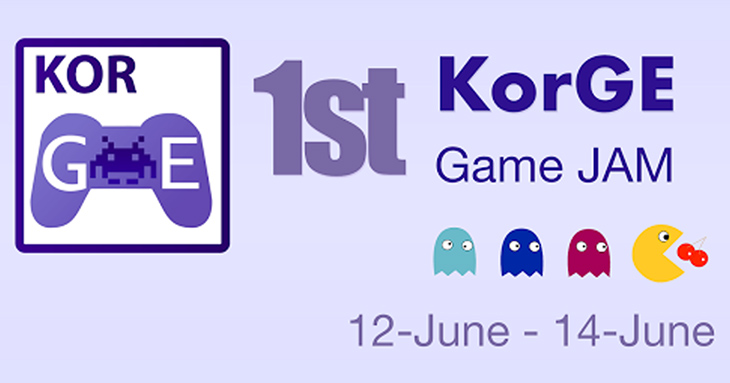 Some updates about the KorGE organization:

After a few years in development and lots of fixes and improvements, KorGE is getting mature.

In addition, Tamara Gadea, joined as a sporadic contributor helping us some graphical assets, including the ones for the JAM. Thanks Tamara!
Thanks to all the people who contributed to korlibs someway or another: from filling issues or making PRs, to asking or helping other people at slack. You are the best!
After the GameJAM, we will start the development of KorGE 2.0, that will remove deprecate stuff that didn’t work, and will target Kotlin 1.4 once released: that will bring fixes, quality of life new features, smaller size on JS and performance improvements to the engine.
We have recently bought the https://korge.org/ domain and moved most the korge.soywiz.com pages to this new home, and we also plan to move our main communication channel to the official Kotlin slack gradually ( slack.soywiz.com -> slack.kotlinlang.org).
By reducing the attachment to the soywiz nick, both actions aim to make the project more inclusive to the current and future members of the organization as well as reducing the fragmentation of our users from the rest of the Kotlin community.

Information about the Game JAM:

We have also gathered some money from our sponsors and we are spending it into two contests: a GameJAM and a Lottery. We are really grateful, and want to say thanks to all our backers that made this possible! And thanks to JetBrains for providing us with a 1 Year All Product Pack license for the winner!

There is a separate Lottery with 100€ in prizes for those who help us to spread the word even if they don’t participate the contest! We are giving away two 50€ worth Amazon Gift Cards. To participate the Lottery you have to do any of the actions provided: follow our twitter account, retweet the tweet and give a star to our project at GitHub. The more actions you perform, the more opportunities you will have to win the lottery.

(To avoid spam and duplicates only Twitter and GitHub accounts created before 1-May are elegible to win one of the Lottery prizes.) 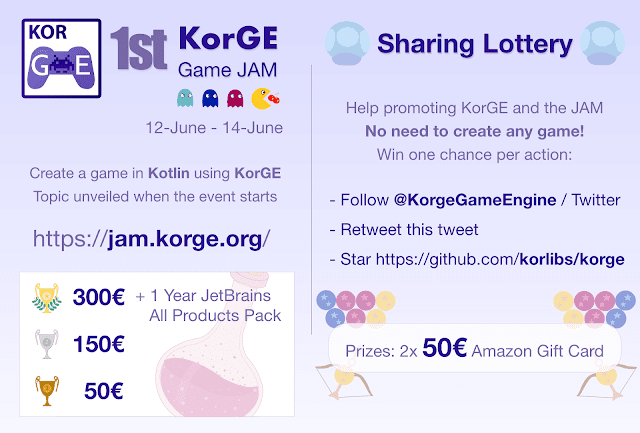